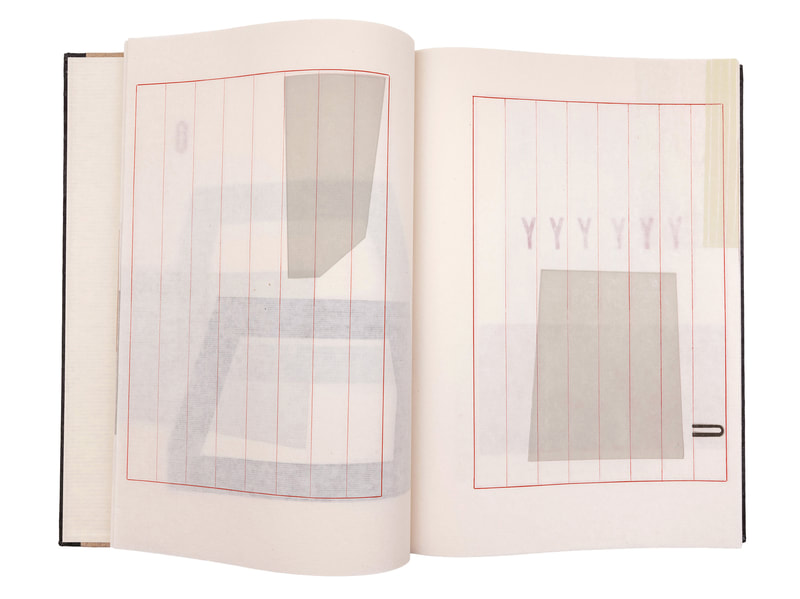 For more than three years, from 1938 to 1941, Hellzapoppin was the longest running Broadway musical. The show was a crazy mix of high-energy music, improvised dance and topical slapstick. It irreverently lampooned world leaders.

The opening scene, for instance, featured Adolf Hitler speaking in a Yiddish accent, Franklin Roosevelt babbling incomprehensibly and Benito Mussolini in blackface. It also had a circus atmosphere with clowns, dwarfs, magicians and trained pigeons. Chorus girls left the stage to dance with audience members or sit in their laps. The show was so popular that there were several sequels, including a 1941 movie that featured some of the most accomplished Lindy Hop dance scenes of the swing era.

This musical is the influence for Wilma Tabacco’s 2004 painting Hellza Poppin, which is on display at Brisbane’s Queensland Art Gallery. At the gallery, curatorial manager of Australian art Peter McKay and I stand before Tabacco’s painting in which she has managed
to channel the energy of the Broadway spectacular into a mesmerising optical effect using fluctuating pink, yellow and blue stripes.
Tabacco is known for pursuing a lively abstract style, says McKay. “Unlike many op painters, she paints with a rich, almost glowing, traditional oil medium instead of fast-drying, flat-finish synthetic paints,” he says. “This makes the tightly spaced, thin vertical stripes of Hellza Poppin intensely luminous, heightening and enlivening the complex and rhythmic moire effect that she constructs.”
​
Tabacco, who was born in the province of L’Aquila in central Italy, came to Australia as a child. She is now based in Melbourne. Her work reflects her Italian heritage and her love of Western archaeology and history. McKay says Tabacco is a very accomplished artist who “we should all know a lot better”.

“Hellza Poppin is a great accomplishment visually; it is incredibly rich. It is a gift from dealer Bill Nuttall’s own collection. It is wonderful when dealers gift things they have accumulated over the years because they have a very good eye, so we are very grateful for that.”
McKay says one of the wonderful things about this work is that it is enduring. “I think there is a purity to it. There is a meditative aspect, even if that is a high-energy meditation because you really do focus in. There is a strong strength of engagement. You can engage in a very pure, pared-back level where you just think about your eyes and your body.
“It is almost like a dance, and I think a dance is incredibly therapeutic, and I think Hellza Poppin, with its energy, works on the body and the mind and stirs the senses.”
​
Wilma Tabacco, Hellza Poppin (2004). Queensland Art Gallery and Gallery of Modern Art. Gift of William Nuttall and Annette Reeves through the Queensland Art Gallery Foundation, 2008. Donated through the Australian government’s Cultural Gifts Program. On display in the exhibition Geometries, Queensland Art Gallery, Brisbane, until February 2.

​RECIPROCO/reciprocal brings together five contemporary Australian artists of Italian origin and five contemporary artists from Italy, in order to collaborate in the making of new work exploring the nuanced narratives that describe both the chronicles of century-old Italian migration to Australia and those that have signposted the millennial evolution of italianity.

Through a collaborative process the artists have been encouraged to research and articulate aspects of the living tissue that connects one culture to the other, and we anticipate that the five collaborative outcomes will both challenge and celebrate the determining role that cultural context plays in the formation of an artist’s unique sensibility.

The resulting reciproco/RECIPROCAL multiplatform manifestations will be performed, installed, showcased, discussed and screened in each of five iconic socio-cultural venues, located in the inner-Melbourne suburb of Carlton.

Chaos and Order, 120 years of collecting at RMIT

​RMIT Gallery
Date: 13 APR 2018 - 9 JUN 2018
​
Embracing the contradictions inherent in public art collections and exploring the uses to which they are put.

Chaos & Order celebrates over 80 Australian and international artists in an ambitious survey of the RMIT Art Collection. 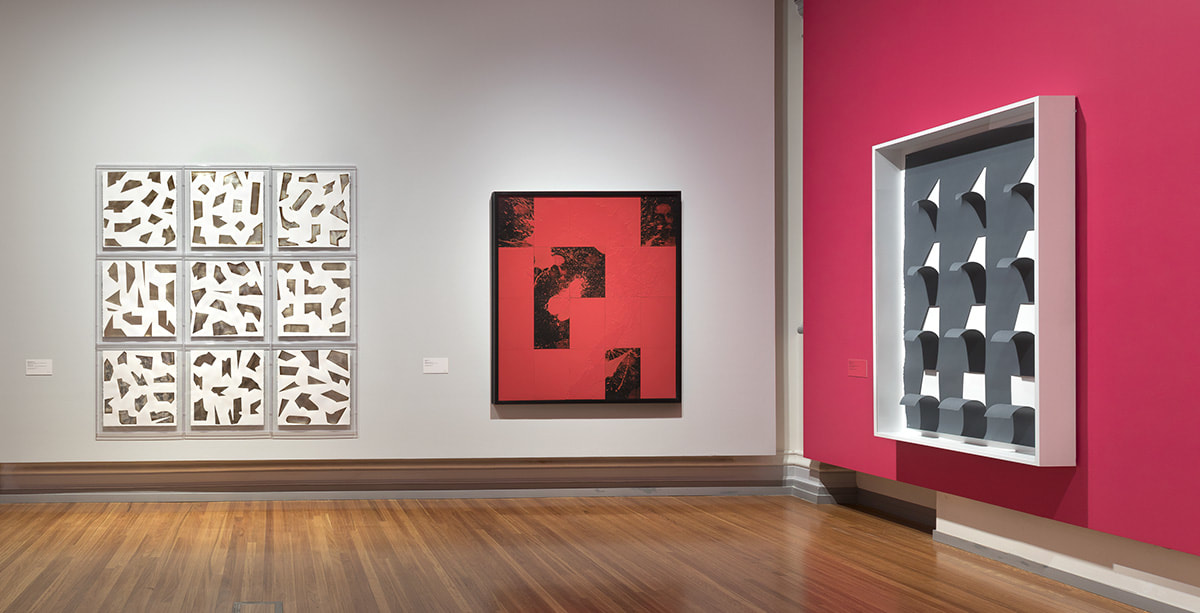 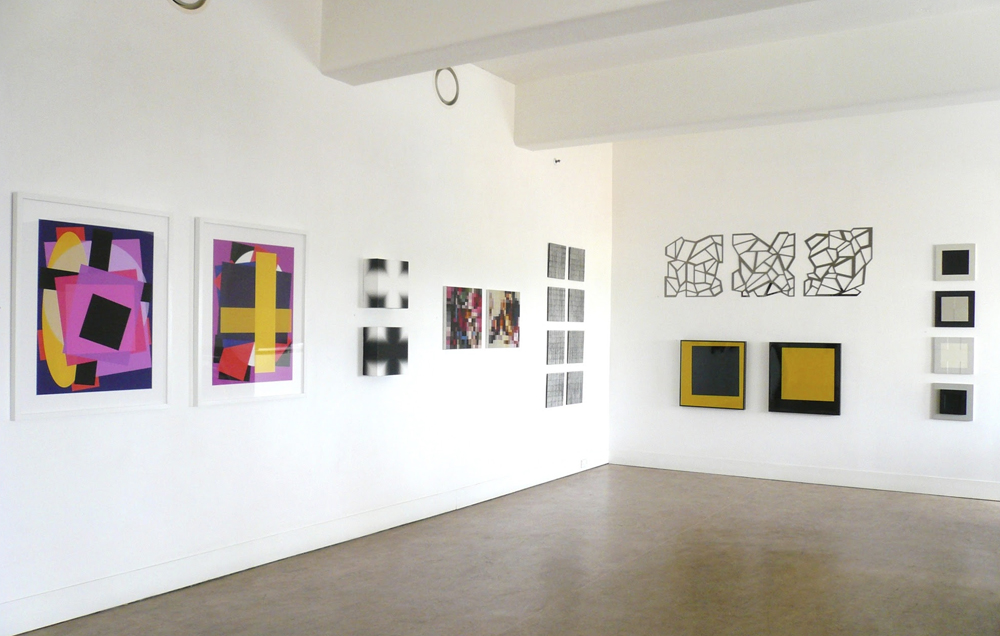 ​
Langford120, Melbourne
In these new works I have used the cyrillic alphabet letters that 'spell' Malevich as the basis for compositions intended as referents to his paintings. This year marks the 100th anniversary of his prototype drawing for the iconic painting Black Square and this exhibition commemorate his visionary ideas.

[View selection from Squaring Up Exhibition] 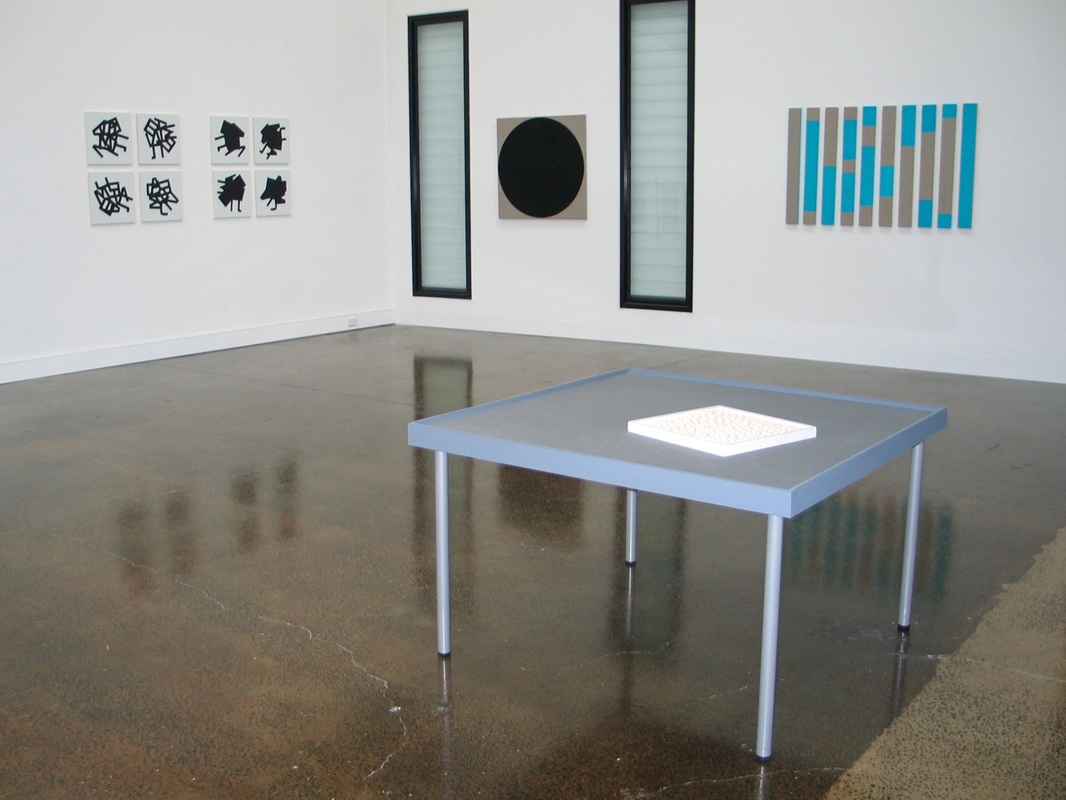